Tagged with: about me, Christmas, festive season, life, Merry Christmas, my life
Posted in Randomness

Deep down I still feel like that … Wale on the beach

Don’t get me wrong, I mean no disrespect for overweight people, I’m just talking about myself when using the term fat here.

I’ve never been stick thin, I love my food and it loves me. I grew up with a completely wrong and unhealthy attitude to food and weight. My mother gave me my first diet pill when I was about 17, weighting about 60 kg. I’ve been dieting ever since.

Years and years later, I had a tough time at home

Mother
and my weight just ballooned 😖

It took years for me to loose it all again, admittedly

Has certainly helped speed up the weight loss, him being a nacisist on the rampage

The point I’m getting at, amidst all this tired  nonsence

if I can do it, so can YOU, whoever you are and wherever you may be

Tagged with: about me, diet, I was fat, life, my life, new life, thin
Posted in Randomness, Uncensored

The worst is over, or so I hope.

The house is sold, keys handed over.

New flat is coming on nicely, the boys love it and so do I.

All that remains is the divorce of Mr so not nice guy who left me to single-handedly sell and clear out the house, who doesn’t bother with the kids and who took the opportunity to have a snoop round my new home while I was out…. She, who’s not his girl friend, in tow 😂

Never mind, I’ve got a new life ahead of me and…. ehm…. A lip and nose job to look forward to 😳😁 falling flat on my face took its toll 🙈

Tagged with: about me, divorce, happy, life, my life, new life
Posted in Randomness

Falling flat on my face

Seriously, how stupid can one get?

Or how depressed, to do something really really stupid?

Take it from me, age does not protect you, probably on the contrary!!

I’m off work, completely stressed by my Ex, my Boss, selling the house, rebellious teenagers, the lot.

What do I do, a respectable (or so I thought) middle age mother of three?

I fought my headacke with far too many drops of a very strong pain killer, topped it with two more headacke tablets — all on an empty stomach of course — followed by a couple of Tequilla Sunrise and ….. wait for it….. two puffs on a cigarette of pot (hashish), courtesy of my pals son -hope she never finds out and he’ll never comes round again.

Fast forward a couple of hours later when I woke up in hospital, no recollection of the ambulance, A&E, nothing

– 15 mm long cut/stitches in my outside lower lip, inside cut should heal naturally, I hope

– mega bruised upper teeth, unable to chew anything or even speak propperly.

Tagged with: about me, falling flat on my face, life, my life, stress, stupit
Posted in Uncensored

Up til now, I didn’t think much of it, the usual I guess like closing the curtains if one’s walking around the house naked , that sort of thing

Until… in a flash of madness I agreed to an open viewing of my house.

Now, the thought of a bunch of strangers walking through my most privat rooms, judging, maybe snooping freaks me out!!

What on earth possesed me to go for it?

The hope of a quicksale maybe, not having to take time of work if possible buyers want to view the propperty but I think the main reason was to get rid asap😢

I am so scared of the future, of not finding suitable accommodation for me, the boys and Jack the Ripper. There is no way I am giving him up, over my dead body! Still, easier said than done 😖

My life seems to be one big mess nowadays, nothing’s working in my favour anymore.

Ex Mr CB is a pain in the backside, either not talking or excessivly demanding, as he pleases, depending on his moods. He hardly ever sees the boys as he is too busy being unemployed 😡

I so wish we’d be a couple of months on, settled in a nice flat and hopefully divorced from the ex husband of 25 years who’s recently been called a narcist by a medical profession.

What does that make me??

Tagged with: about me, change, life, moving house, my life, narcist, privacy, scared
Posted in My take on:, Randomness

every now and then you come to a cross road in life, left, right or straight on? Whichever decision you make, at some point you realise it was the wrong turn and there is no going back, a dead end so to speak. The only thing left is to make the best of it, to understand that dreams are merely an imagination, wishful thinking. The sooner you accept that, the sooner you can move on with what´s left. It won´t get better but you can try and prevent it from getting worse. I guess it´s called growing up and facing reality.

Tagged with: about me, life, my life, that's life
Posted in Randomness

but I won’t, for the kids sake!

Did you know that one can not sell a property without the authorisation of one’s EX husband despite him not contributing a penny towards the mortgage?

Not only was I the stupid victim of a narcistic, control-freak  husband for the best part of 25years, no, I was stupid enough to help him when he broke down a couple of months after we split up cause let’s face it, he’s the father of our children!

I dealt with all his paperwork,made sure he got paid by current(now ex), as well as pre-previous employer (redundancy pay-off) as well as national health insurance payment , visited him in hospital every day where he received (or rather didn’t) treatment for severe depression and  alcolol abuse. I worked my arse off, cancelled my insurance to pay his tax dept, lend him money when he didn’t have enough to pay his rent and lost friends in the process cause they couldn’t understand why I was so stupid.

Fast forward a couple of months and 14 months after we’ve split up, I’ve also paid all cost for the kids, clothes, school stuff and trips, holidays, confirmation (religious cr..) additional tuition (up to 400€ /month), mortgage, all insurances covering him as well and I am now coming to realise that I can not continue to do so for the unforseable future.

O-Ton my Ex: He will not agree to a sale of the house because I am a bitch and he wants to see me go down and he doesn’t give a toss about the boys going down with me!!!

So rather than working out a deal with the bank and selling the house BEFORE I’ll be unable to pay the mortage, he’ll block it, sit back and watch me AND our children being re-possessed and chucked into the gutter eventually!

Needless to say he would go down with me but since he’s been spending money as if there’ll be no tomorrow for months, he doesn’t care. Because we are co-owners and still married, albeit separted. They don’t need him to pay, they’ve got me, the working part of this crappy ex- marriage.

Appart from reading his text messages, telling me:

Welcome to my fucked up life

Tagged with: divorce, es-husband, fucked up life, law, life, my life, uncensored, war of the roses
Posted in Uncensored

is it me or have things changed here?

I guess it’s because I’ve made myself scarce recently… ehm…. for quite some time. When I absentmindedly opened the wordpress app on my mobile, I noticed the new “face” -I like it 😊

Tagged with: about me, back to life, life, my life
Posted in Randomness

The definition of friendship

I have come to the painful conclusion that there are many definitions of friendship.
We all know the terms aquaintances, friends, close friends and best friends.
But do we all have the same understanding of these terms, their true meaning?
Clearly not, a very painful realisation!
I do not (didn’t ) have many friends. That’s partly due to my marriage, it’s difficult making and keeping friends when your spouse is suffering from depression but also due to the type of person I am. Cautious but also in some ways too trusting. I’ve always been happy having only a few but very close friends. Turns out that two out of three have a different definition of friendship.
To me, real close friends are there for one another. They have fun together and support each other in bad times. I’ve always listened, been there when they needed me, no matter what, no matter if I was tired or had made other plans. I’ve given advice or rather my opinion but never claimed to be right or insisted on them taking my advice. If they needed a shoulder to cry on, someone to sit with in silence or make them laugh to take their mind off their problems, I’d like to think that I did just that,unconditionally and from the bottom of my heart.
I’ve never actually questioned our friendship, took it for granted that they felt the same.

Only now, when I am going through the worst and most difficult time of my life, when I can not think or plan any further than the next day because I simply don’t know if I will be strong enough tomorrow for all the financial and most frightening emotional upheaval that comes with having to deal with supporting my depressed estranged husband and more so, my boys, now my friends feel that I can not expect to burden them.
They’ve hurt me before
I’m drifting
I should have left it there, quietly withdraw but no, I obviously still didn’t get the message. At the time, I tried to tell them that I didn’t understand how they could simply expect me to leave my boys alone in order to have fun. How their advice, albeit appreciated, was not the way for me. They didn’t have time to talk with me for a week, then it was postponed, never spoken about again. But I felt like I didn’t belong with them anymore, not propperly.
So I wrote them a message, in our whatsapp group to say that I was still hurting and didn’t feel that they had understood how much they had hurt me when I needed them most.
WOW!!!!
I am an attention seeker who want’s to talk about nothing but myself all the time and never ever about anyone else! If I do not get enough attention then I create problems so as to talk about myself.
I can not expect the world to support me, care for me and give me strength.

Bearing in mind, I didn’t phone them to talk about my problems. I certainly spoke about it, even cried at times when I saw them, which wasn’t very often, as I really didn’t have enough time between driving to the hospital, sorting his finances to ensure that he would get paid and caring for my boys the dog, house and full-time job.

Obviously I burdened them too much, expected the same understanding of friendship I’d given them, unconditionally. My Mistake!!

I do NOT expect the WORLD to support and care for me, to give me strength when I am weak.

I DID however expect my BEST FRIENDS to simply be there for me when I needed them most.

Tagged with: about me, depression, friends, friendship, hurt, life, my life
Posted in My take on:

Tagged with: about me, happy new year, life, my life
Posted in Randomness 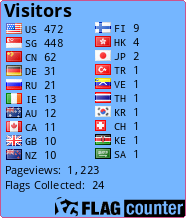 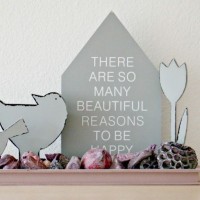 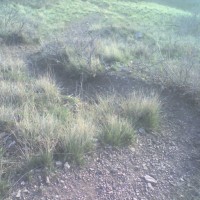 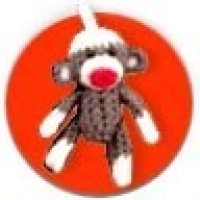 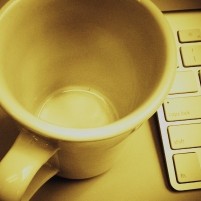 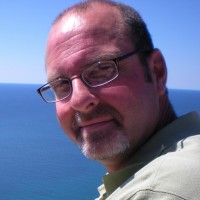 Bonehead's Twisted Paradise of Half Truths

After 12 years, I am back to blogging. Let's all hope I have something to say.

Watching life as a husband, father, pastor, and software engineer.